High school senior Liv Evans has one rule: No attachments. She’s lost enough in her life and has vowed to do whatever it takes to make sure she never again feels the emptiness of losing someone she loves. Boys are a fun distraction, but a serious relationship is something she’d rather live without. Her determination for a future free of pain and heartbreak is put to the test when she meets–and quickly forms an unexpected bond–with Logan Tanner.

Logan has always been a free spirit, but ever since a life-changing event took place, which left him doubting the integrity of those who are closest to him, he’s taken that term to a whole new dangerous level. Learning the hard way that life is too short for worries or work–and that women can’t be trusted–Logan has exchanged steady work for street racing. When Liv walks into his world, everything he thought he knew about life and women is challenged.

In The Fine Line, Liv and Logan will discover if it’s possible for true love to have a future, or if history is destined to repeat itself.

I have to just start by saying that Logan needs to get ahold of his emotions. Every time I began to warm up to him, the sap went and cried. I’m sorry but I totally can’t get behind a hero that bawls his eyes out every time things get tough. I don’t have to have a supreme alpha being in every book I read, but what’s with all the water works?!

I immediately noticed his bloodshot, puffy eyes and red cheeks. Had he been crying?

This is a debut novel and it was a pretty easy read, but it didn’t rock my world. I wasn’t head-over-heels in love with it. But it was nice. It’s a stand-alone, YA, high school, first-love, virginal romance, written from Liv’s POV. It has a bit of drama, a bit of steam, some troubled backgrounds, the unoriginal loved-one-died-in-a-car-accident, some stereotypical love-story elements, some commitment issues and two troubled ‘Just Friends’… and we all know how that always turns out.

“I was planning on coming here to sweep you off your feet and find a way to kiss you passionately in the moonlight. But I think this will be much more interesting.”

The characters needed their heads banging together for their indecisiveness and there were a few over-reactions along the way, which are my pet hates. But they didn’t last too long, so it wasn’t too bad. Although it’s a shame because these niggles do tend to break your concentration and pull you out of the story, making it hard to completely lose yourself in the text.Olivia Evans was a tad annoying. Nothing more. She was a bit immature, indecisive, dramatic and fickle for my liking, but I liked how the author told her story. Liv has been through an inordinate amount of heartache and has abandonment issues. As a result, she doesn’t believe in love and certainly isn’t in search of it. But my God, she needs to learn not to be such a wet lettuce. I get that she has commitment issues, but she was just breaking poor Logan’s heart and it was pissing me off.

Why does everyone I love have to leave?
Never again. I’m done. This is the last time I will ever have this feeling.

So, other than the issue with his over-active tear ducts, I liked Logan Tanner. He was a decent enough guy and he feel hard and fast for Liv (although I’m not entirely sure why), which he was totally honest and realistic about. But then he went and took protective and controlling to the limit, which I was so not cool! I was disappointed. *sad face*

“…You’re with me now.”
“So that means I’m not allowed to have friends?”
“Not boyfriends.”
“What about friends that are boys?”
“No way,” he said, irritated.
“You can’t be serious. What about Matt? Or Isaac.”
“No, Liv! Nobody!”
Now I was getting mad. “You can’t tell me what to do, Logan. You’re acting crazy!”
“Liv, you are not hangingin around guys. Guys do not want to be your friend,” he said condescendingly. “Guys want to fuck you.”

I did think we might get more of the drag racing element. I thought I was going into a story that was going to be centred around Logan’s hobby for racing his car, but that part kind of faded into the background and we only witnessed a couple of races. I thought that was a bit of a shame.

“I need you to understand that you are what makes me feel alive. Not cars. Not betting. Not racing.”
“I just don’t want you to give up anything for me.”
He looked at me like I was a lunatic. “I’d give up everything for you.”

I’ll be interested to see what this author brings out next as the writing itself was fluid. For me, it just lacked originality and depth.

Have you read it? Tell us what you thought?

Find this book on Goodreads

Purchase this book on Amazon. 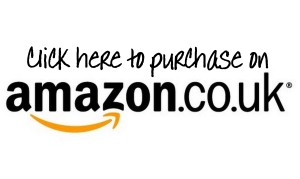 Like this review and want to keep up to date with more book news…?

This entry was posted in Alicia Kobishop, Three & a Half Stars. Bookmark the permalink.