“If I had to die, I wanted it to be doing something I loved, with a man who wanted to fly me to the moon.”

By day, Nina Poppins is a professional flight attendant, who lives to travel, and isn’t afraid to chase her dreams. By night, she’s an award winning salsa dancer who wears sexy corsets and garter belts. She wants to keep her two lives separate, but Liam Mikin knows her secrets.

Liam Mikin is a co-pilot used to getting any air-hostess he wants with one blazing look of his blue eyes. And he wants Nina. But Nina is adamant she won’t end up as another notch on a pilot’s wingtip.

However, fate intervenes when their airplane malfunctions on a routine flight to Samoa, stranding all the crew on the Pacific island. Liam has his opportunity to prove to Nina he’s not what she thinks, but he wasn’t counting on competition in the form of an engineer. Nikolai Rivers dances as well as Nina and is linked to Liam’s past. As Nikolai fights for Nina’s affections, Liam is forced to face what happened all those years ago.

Being island-wrecked in a five star hotel is anything but relaxing. Fraught with male egos, dancing, and secrets, both Nina and Liam aren’t ready for what fate has in store.

Right, now, this is going to be difficult to write without some spoiler-ish give aways. So, if you want to read this book and don’t want to know anything about it, stop reading now… However, I will try not to give away too much as there are some real twists in this book.

Ok, this is not a paranormal romance, nor is it fantasy, but there are most definitely elements of supernatural in there.

Before I go on, you need to know. I don’t read paranormal or fantasy. At all. I know it’s hugely popular and lots of you love it, but it’s just not something I can get my head around. It seems I have a very low tolerance to things that my mind deems ‘unrealistic’ when reading a book. If I don’t believe it and don’t think it’s possible, then I just can’t enjoy the book. I know it’s daft, but it’s just the way my brain works when reading. To loose myself in a book, I need to believe it can be true.

So, that is where I had a problem with this book. It’s contemporary romance meets supernatural.

su·per·nat·u·ral
/ˌso͞opərˈnaCH(ə)rəl/
Adjective
(of a manifestation or event) Attributed to some force beyond scientific understanding or the laws of nature.

Up until the end, this book was quite an easy read. There was a bit of an overload of metaphors and similes, but other than that, it was painless and cute.

His mouth fell open. “Seriously? You dance and fly? Where have you been all my life, you perfect woman?”

I liked the alternate POVs. I liked the air hostess thing and I liked the sexy dancing, the love triangle aspect, etc. I was slightly sceptical about the speed of Nina and Liam’s relationship, but I went with it.

Nikolai could give Nina a dance floor. I could give her the sky.
Let’s see who enticed her more.

And then the author bulldozed me out of left field!

I did not expect what I got from this book. And I have to say, although it may work for some, it didn’t work for me

I was like ‘Whaaaaat?! No!!!’ and that was it for me really. I disconnected from the whole thing and couldn’t claw it back.

I’m coming back for you. But only when I’m whole again – when I deserve you and not before.
I love you. I’ll find you.

I’d be very interested to hear the thoughts of somebody who is a little more open minded when it comes to this kind of thing because, I feel a bit bad really, as I’m clearly not the right person for this book. But I have to remain honest.

So, if you’re intrigued by this review and fancy giving this a try, let me know what you think. It does have a lot of plus points…

It includes a very sexy pilot in uniform, a paradise island, a sexy salsa dancer, some steamy island romps and quite a few hidden secrets!

“When I dance the projection of lust and sex is shown through the steps and music. It’s what happens when people who are passionate dance together.”

So it has a lot going for it. And for the right person, I think it might be a really enjoyable read. Just, sadly, not for me.

Find this book on Goodreads

Purchase this book on Amazon. 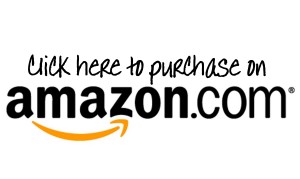 This entry was posted in Coffee and Cockpits, Jade Hart, Three Stars. Bookmark the permalink.